I’ve been over here dragging my feet on a barn conversion update because it felt like there wasn’t much to see yet. But now that I go back and compare where we are to where we were, it’s incredible to see the progress that’s been made!

I finally feel like I’m in a place where I can share some real change. I’m excited to show you how far we’ve come and show you the design elements that have been inspiring the interior of the barndominium.

Before we get started though, I have a confession to make. In the back of my mind, this renovation has always served two purposes.

We of course wanted a place where friends and family could come and stay for a few nights and have their own space.

However, Kevin and I have also joked about using the downstairs space as a tasting room of sorts. Maybe for the beer he brews, maybe to serve coffee and cookies, maybe as a little cafe in addition to the main barn where we could sell fresh vegetables…the dreams have really been endless.

I’ve been a dreamer all my life though.

There’s a funny thing about me and dreams. I believe in making them come true…sometimes to a fault.

Last year at this time we never considered buying a farm. In September of 2018 we joked about owning a pumpkin farm. It was an idealized dream – of course – but here we are, on a farm. Sure there’s no plans to make it a pumpkin farm right now, but I’ve learned to never say never.

Whatever the space is today, I know that someday it might serve two masters. I’ve taken a lot of inspiration for the downstairs from not only the general farmhouse style, but also little cafes that I love. I’m hoping when it’s finished it will reflect both things with a twist of modern too.

We’ve also joked that we could rent it out as an Air BNB. While I’m not sure I’m ready for that, I did want to consider that when thinking about the space.

So take a look at how far we’ve come! Then, stay tuned for all my interior inspiration in a post soon to come! 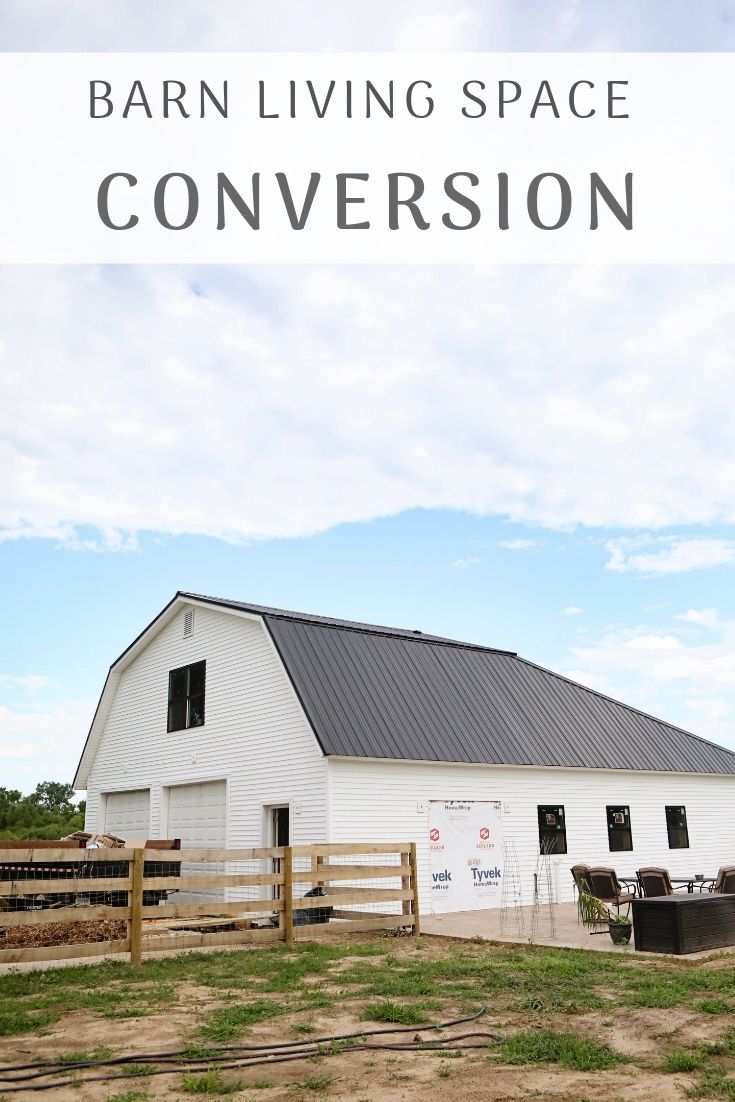 In May, we ran into an issue that halted the project for three weeks. The plan for the barn had always been to add a bathroom space in the upstairs, but the country health department was concerned about the ability of our septic system to handle another bathroom. After the delay, which felt like forever, they finally approved it.

The bathroom in there will be for occasional use only. AND, the people who lived here before us had eight people in their family. We have four. We could literally double the size of our family and still be perfectly fine on our septic system.

However, because it threw off the timeline for all the trades to come in and work on the various specialties – electric, plumbing, septic, etc. – we fell even further behind. All of those trades were scheduling a few weeks out. The project didn’t really start moving again until the middle of June. 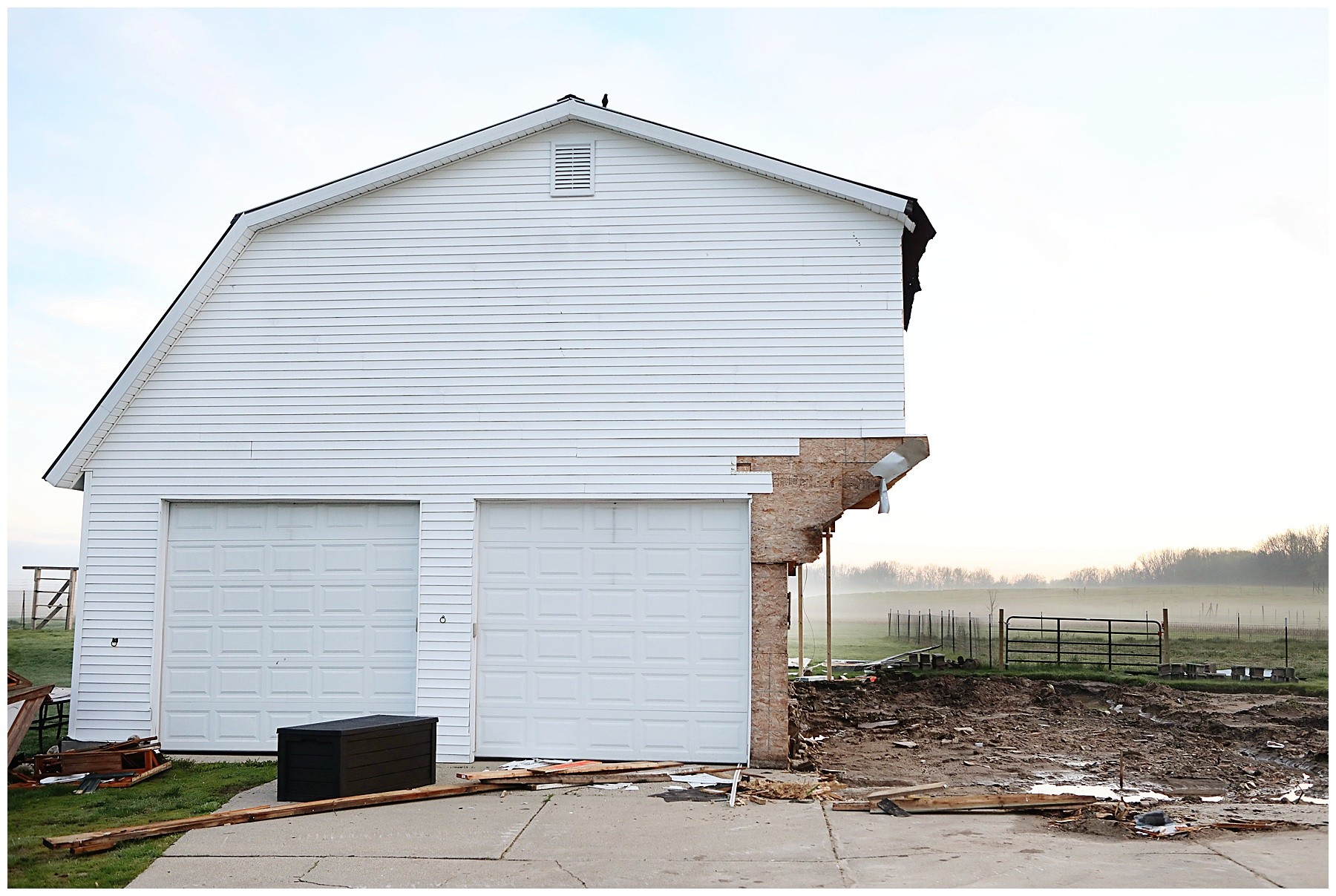 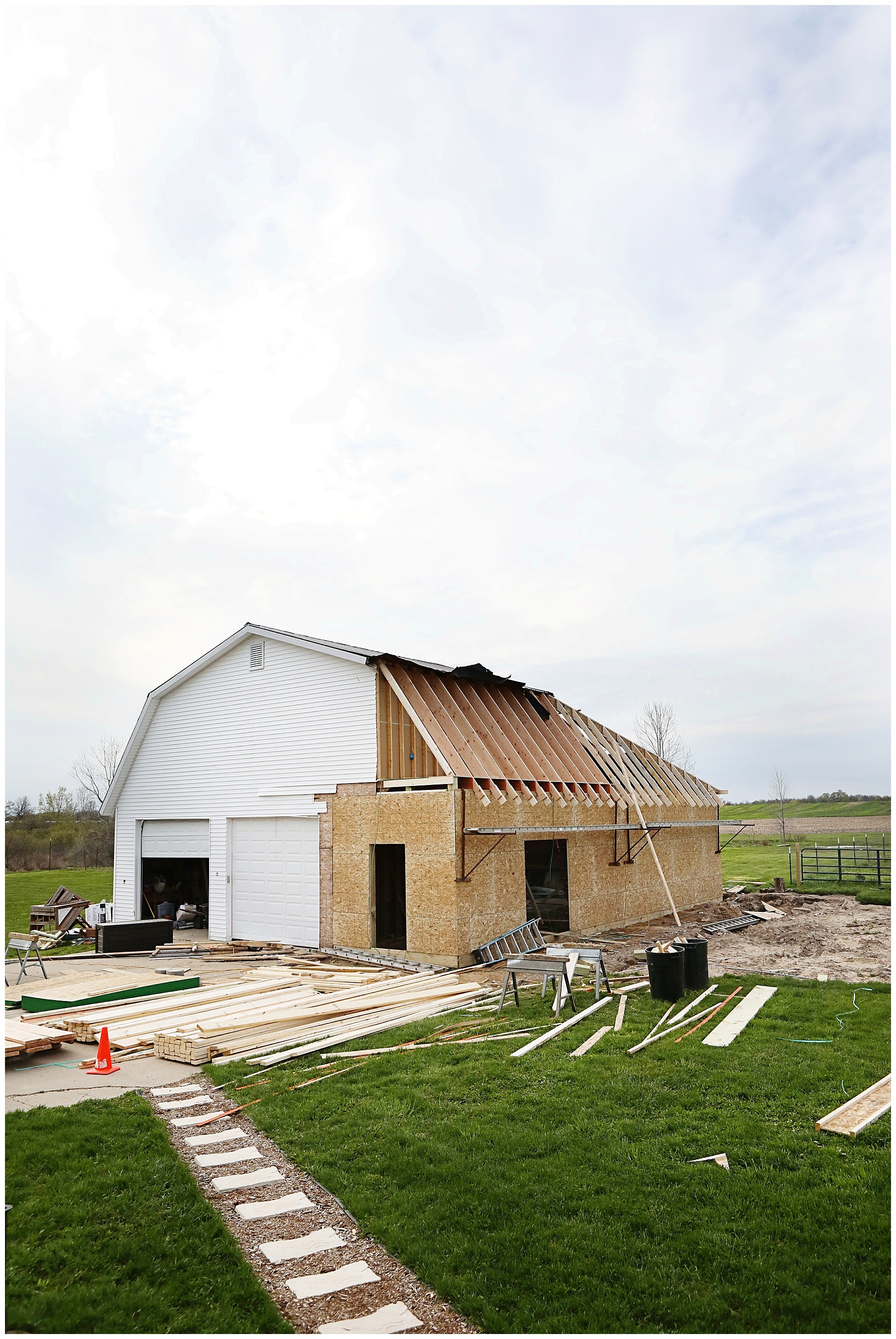 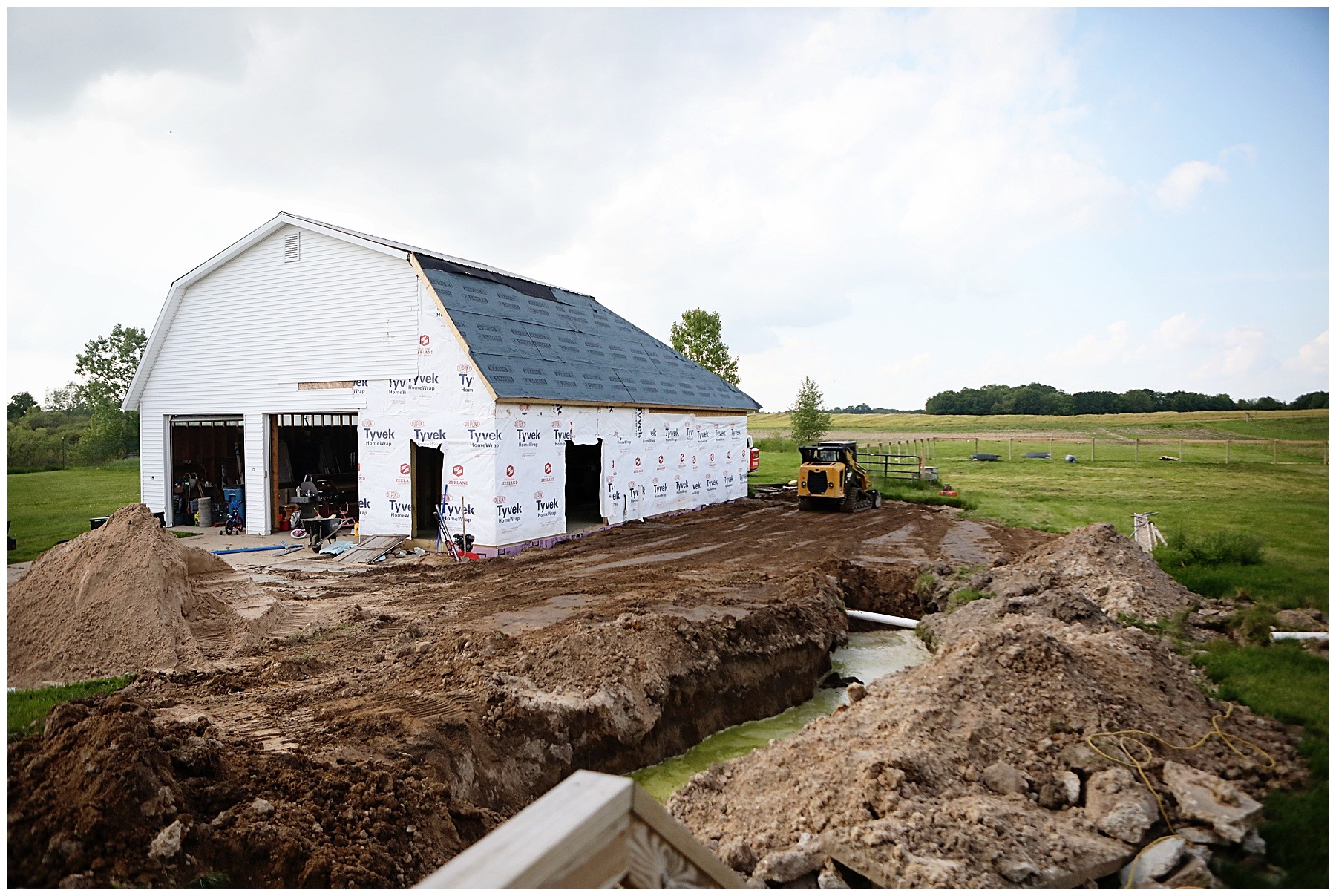 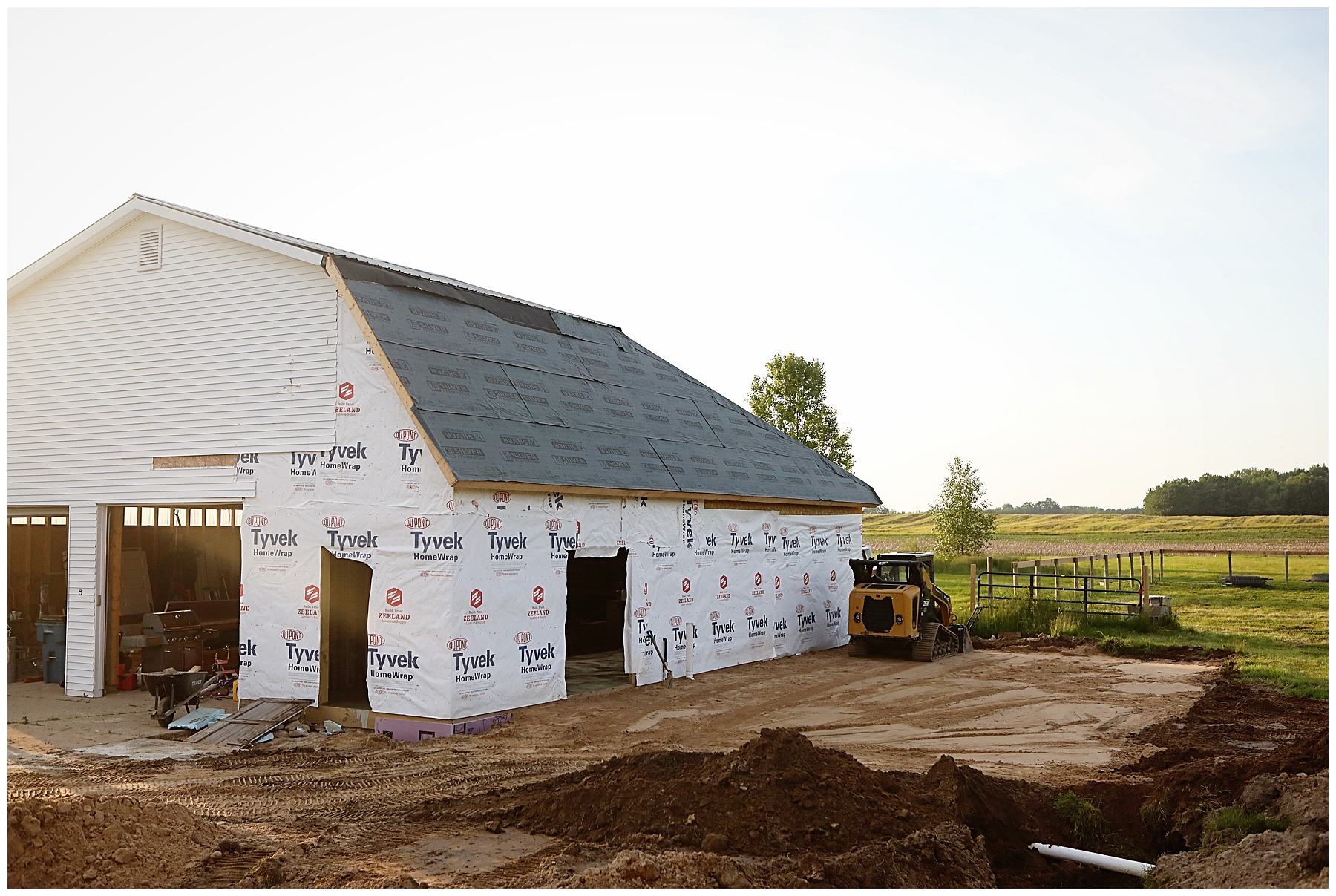 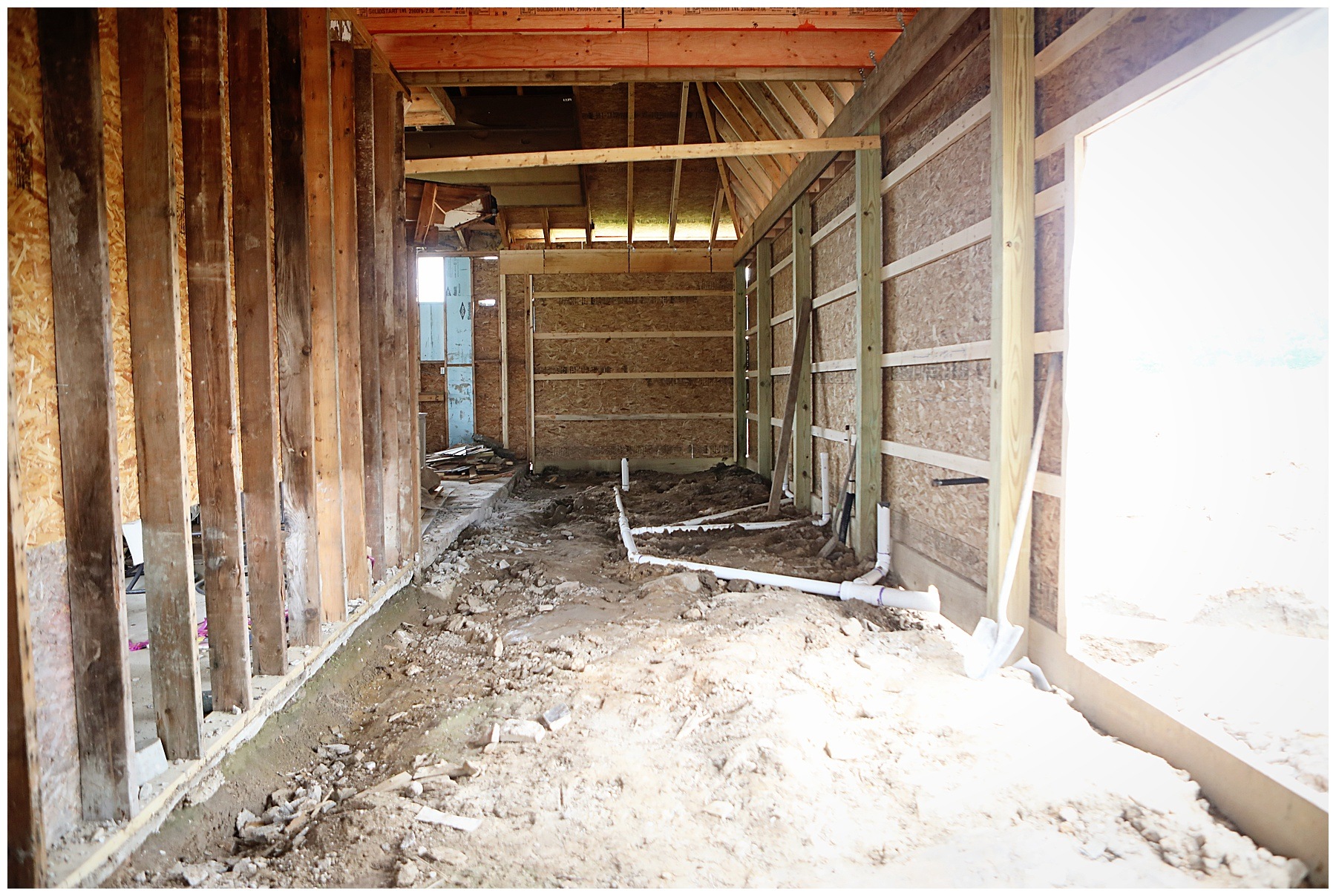 We’ve finally seen a lot of progress this month. Although, there have been some periods of delay too. However, this month is the month that took us from having a shell of s building and a hole in the ground to a space that is exciting to see. New siding was added; the new roof was added; the floors were poured; the patio was poured; the plumbing, electrical and heating/cooling were run and finally, drywall was put up!

To find out more about our barn project AND to see what it looked like before, click here. To find out why we decided to move from the suburbs to a country farm, click here.

END_OF_DOCUMENT_TOKEN_TO_BE_REPLACED

I’ve never built a space from the ground up. Any renovations we did before moving to…