I ate Irish Soda Bread for the first time a few years ago. It was this delicious, dense, biscuit-like bread that I slathered with butter and enjoyed with a good cup of coffee.

A friend made Irish Soda Bread for a bake sale fundraiser, and while it was nowhere near St. Patrick’s Day, it sold like hotcakes. When I ate it, I could see why.

It was unlike other breads I had ever eaten before. Almost a bit like cake but also still very much bread. It was also slightly sweet in a light and surprising way.

The reason for its unique texture is due to the lack of yeast. Instead of using yeast to help the bread rise, it uses baking soda. Hence the name Soda Bread. 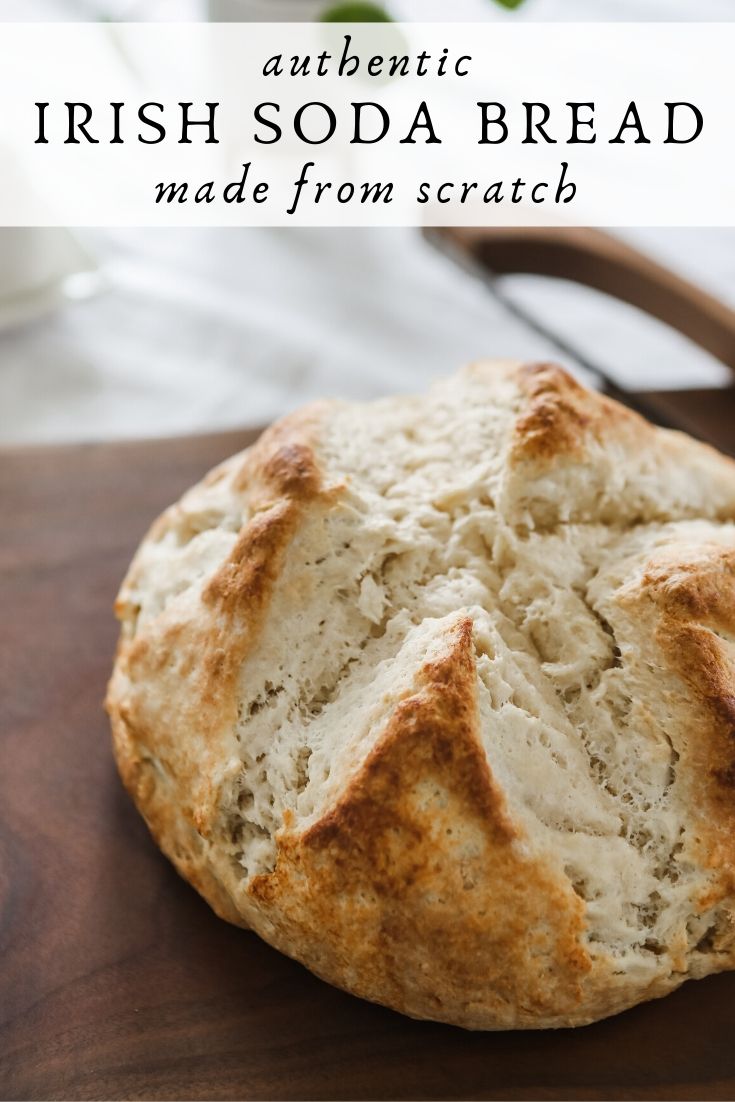 So, what exactly is Irish Soda Bread?

Irish Soda Bread is one of the easiest brads to make. It’s a very low maintenance bread, unlike a sour dough. Traditionally, it contained a few simple ingredients that included:

That said, I added a few more ingredients in to give the bread more of a rich flavor. Most modern traditional recipes like mine will also include butter, an egg and a bit of sugar.

How does it work without yeast?

I mentioned that the baking soda is used in place of yeast in Irish Soda Bread. But, it is actually a chemical reaction between the baking soda and the buttermilk that produces carbon dioxide and causes the bread to rise. 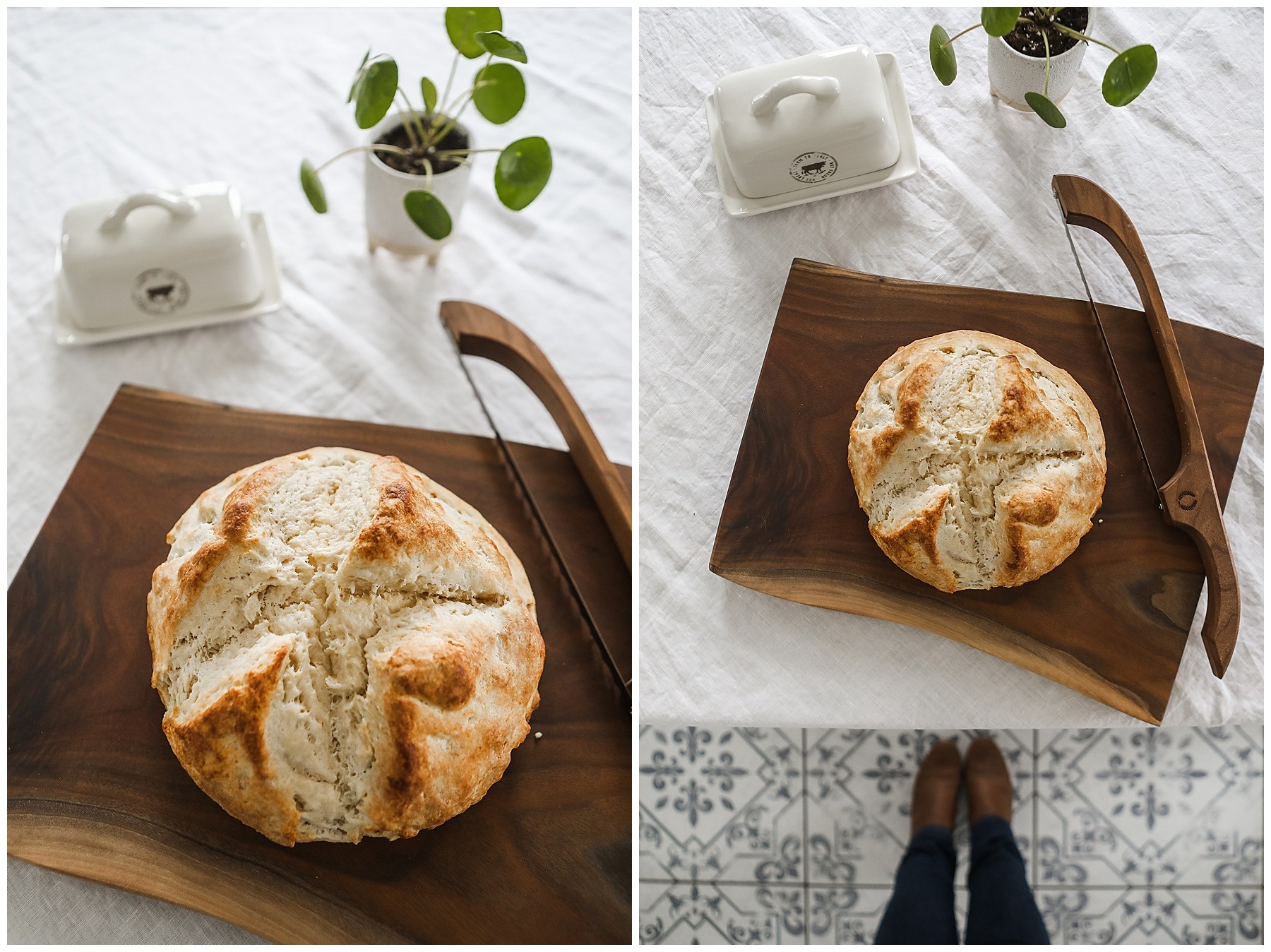 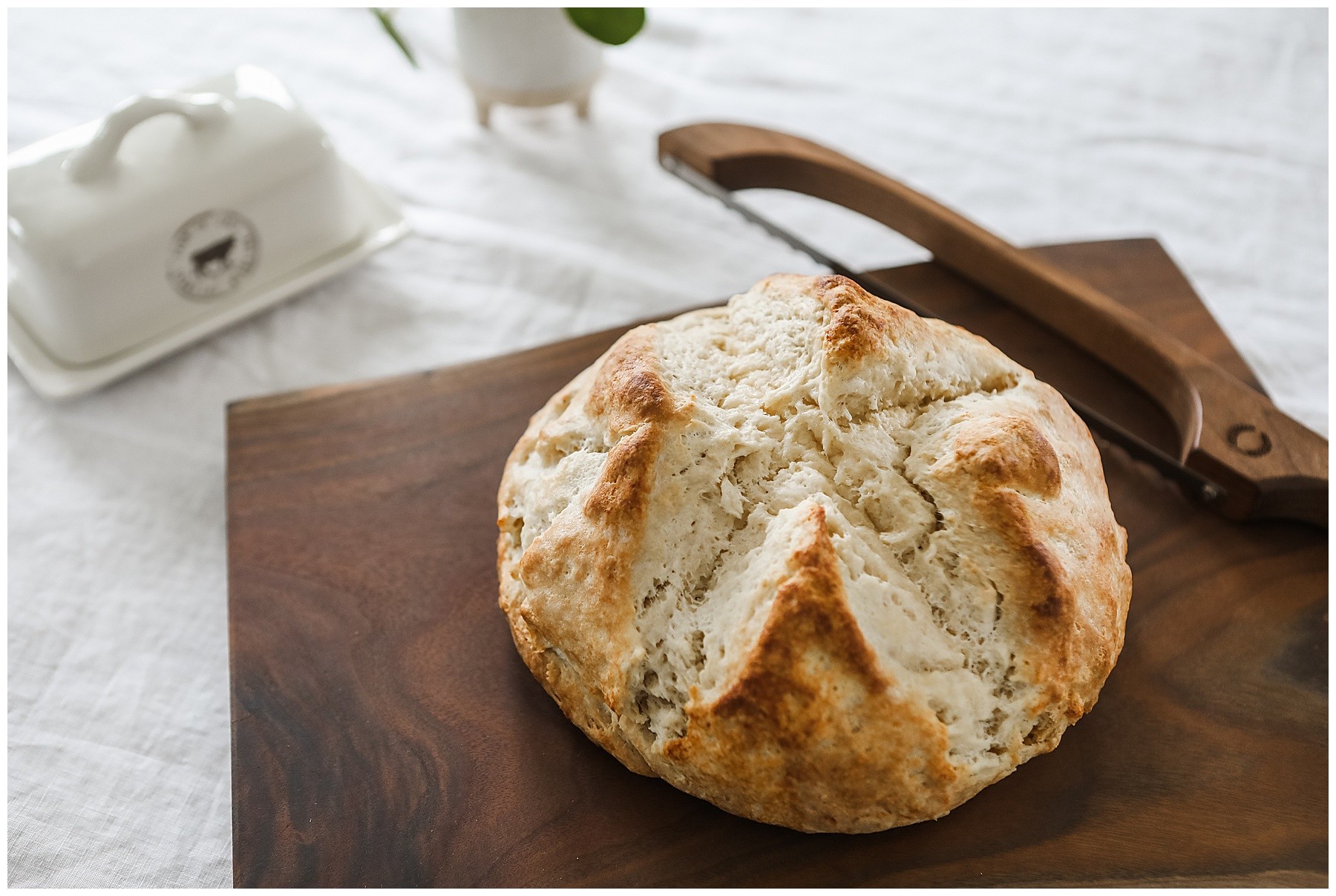 Well…technically no…but sort of. The first soda bread has been traced to American Indians who used pearl ash to help their breads rise. But then the process was adopted in Ireland in the 1830s and the rest is history.

Ireland was one of the poorer countries at that time and the people didn’t have an abundance of ingredients to work with. Irish Soda Bread was born more out of necessity using the inexpensive ingredients they had on hand at the time.

Why the X in Irish Soda Bread?

The X on Irish Soda Bread is actually a cross. Some legends say that it was to “let the devil out” while baking the bread and other places say it was done to make the bread break apart.

Whatever the reason, the X (or cross) is an important element. It actually helps the bread to cook through. Because the bread is so dense if you don’t cook it to the right temperature it might be a bit undercooked in the center. Making a nice, deep X in the bread allows the heat to get to the center. 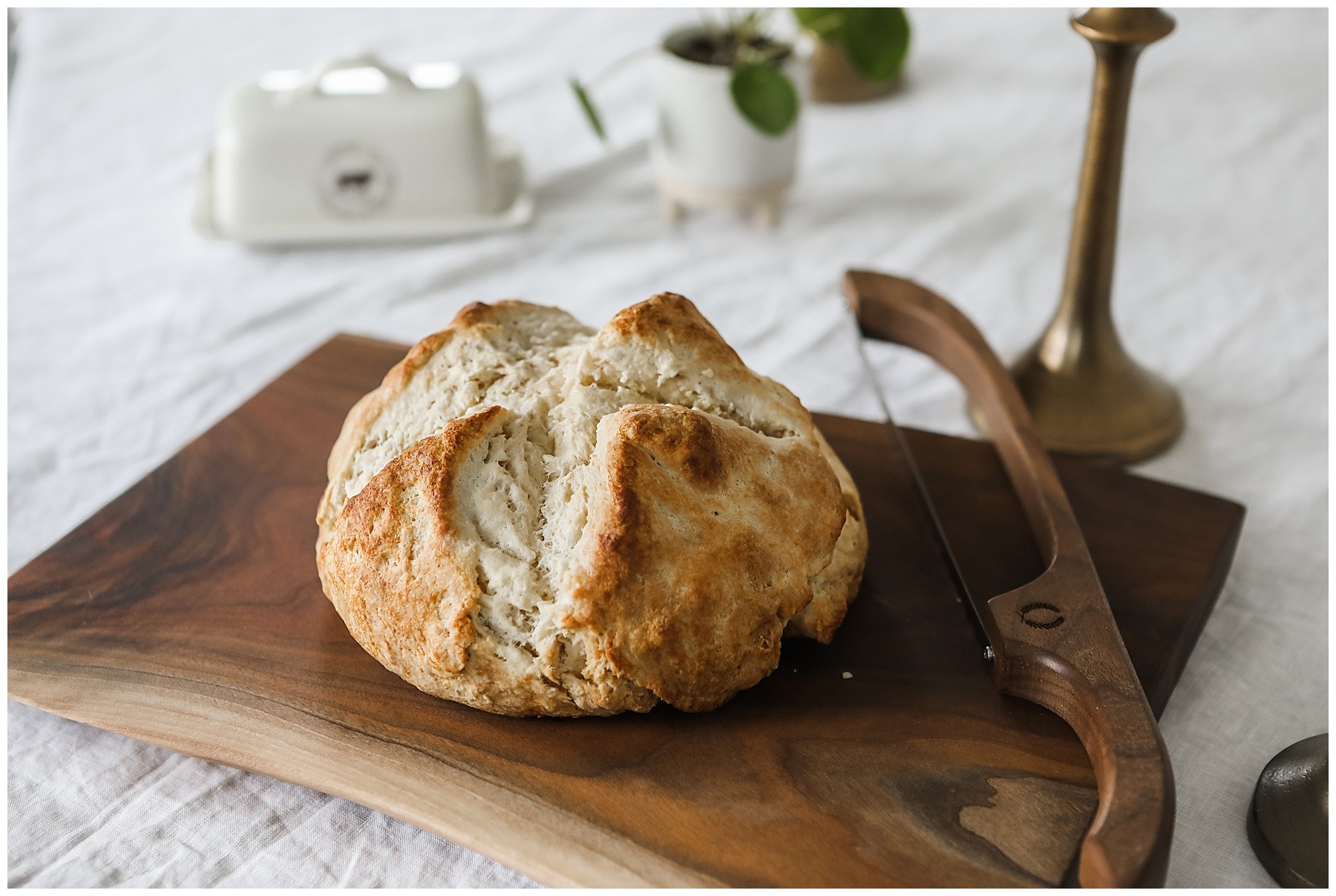 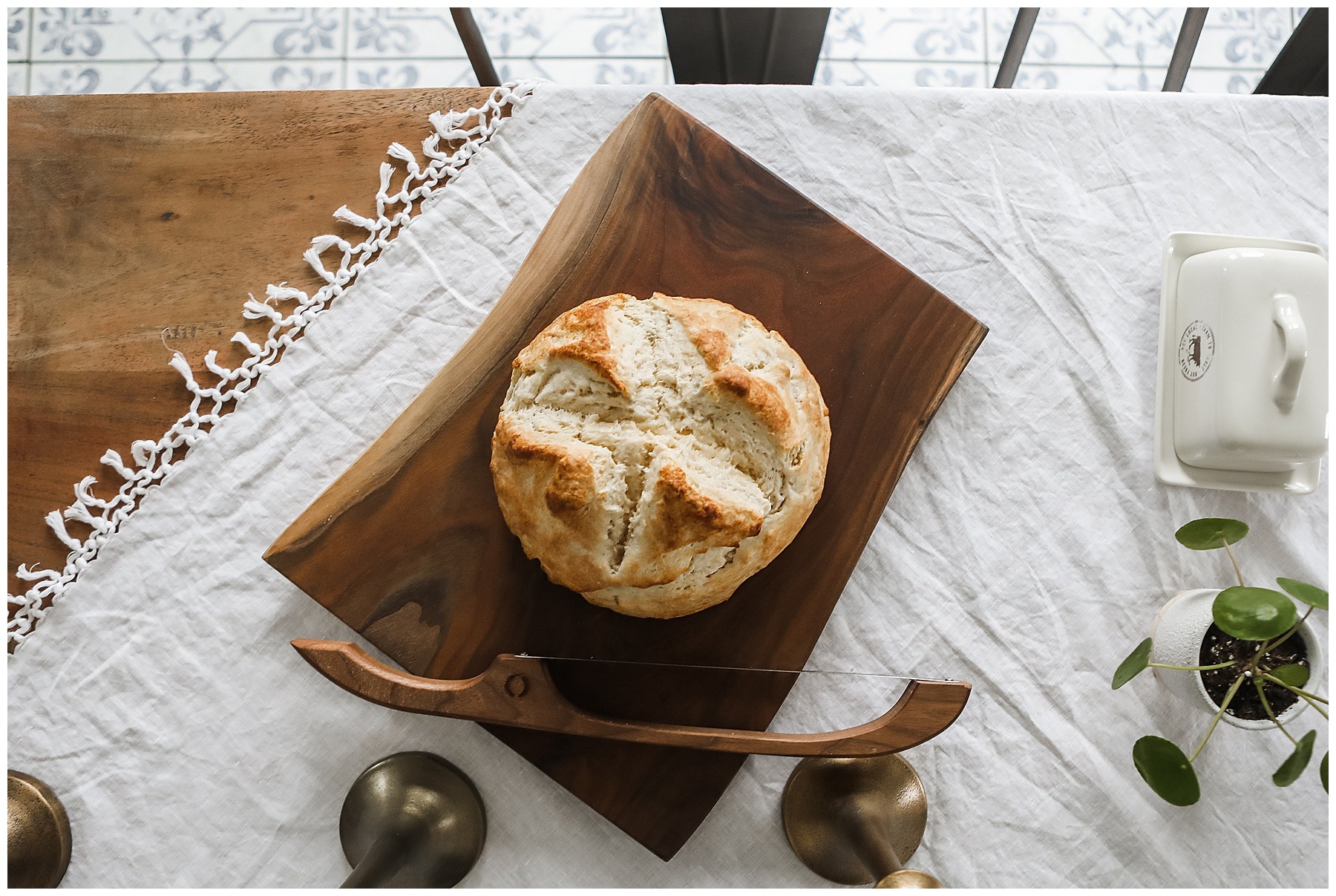 What to eat it with

As I mentioned in the opening, I like to eat Irish Soda Bread with butter and have it as a snack. But, it was traditionally eaten with the Irish soups and stews. It’s really perfect to eat either way. It’s also very delightful with some butter topped with jam too. It turns it into a bit of a breakfast bread.

Since it is a baked good, you’re not going to get a long shelf life out of Irish Soda Bread. It is best to make it and eat it in the same day. However, if you store it in an airtight container then you might be able to get three or four days out of it. You can also freeze it just as you would other baked goods. Here is one good option and here is another one.

Thank you so much for visiting today! I hope you will come back and visit again. Get the full, printable recipe for my Irish Soda Bread recipe below. 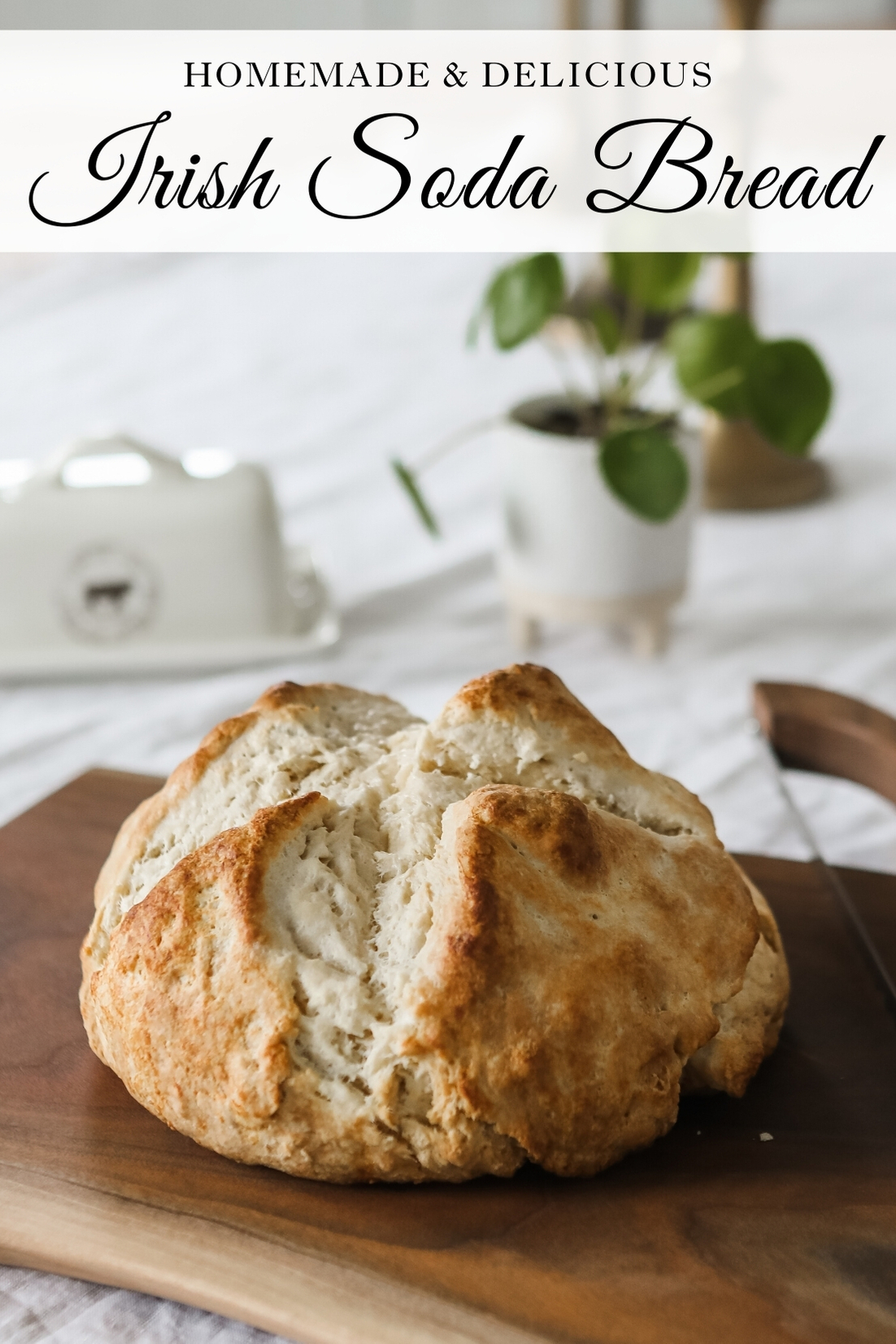 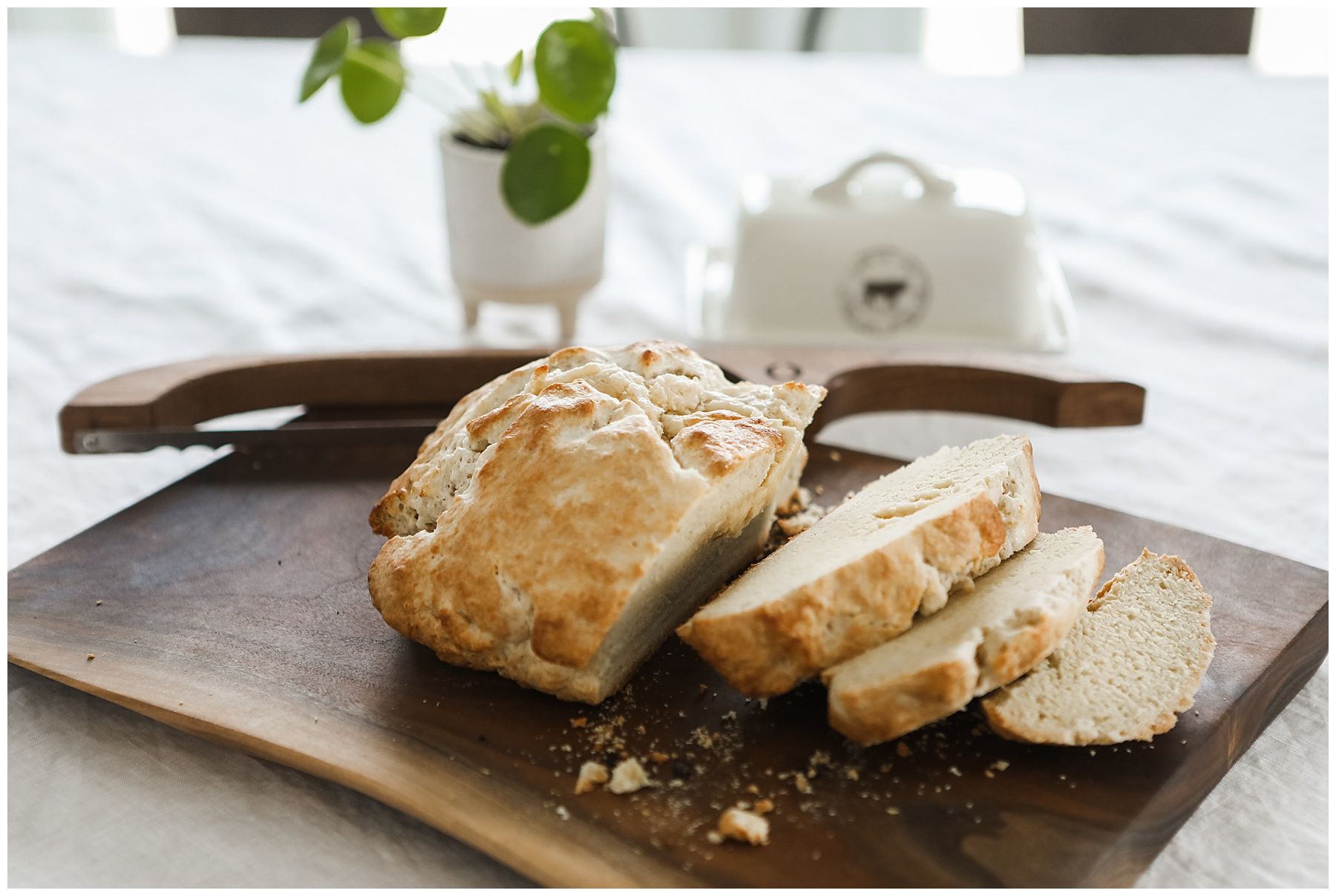 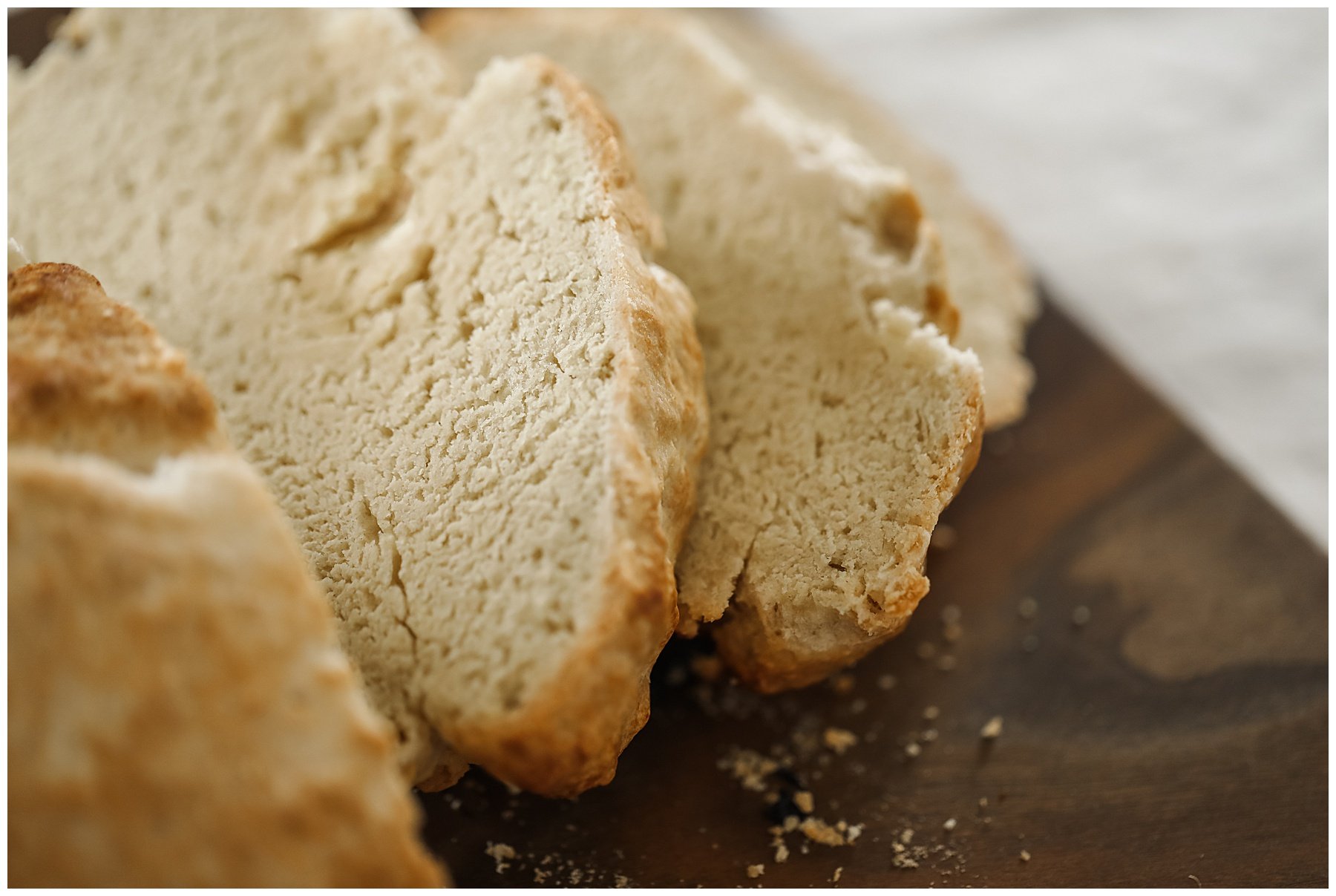 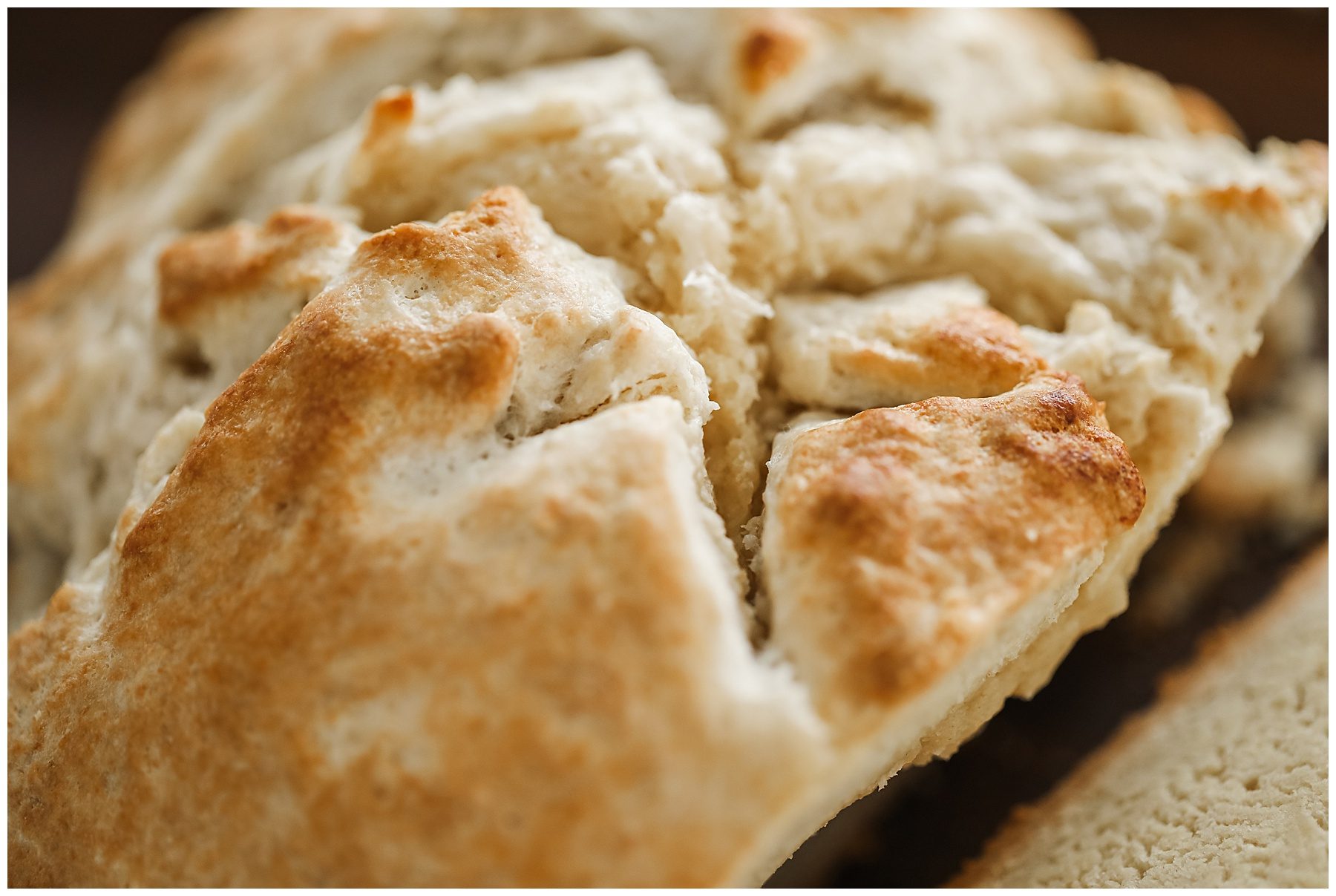 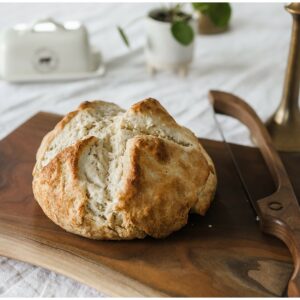 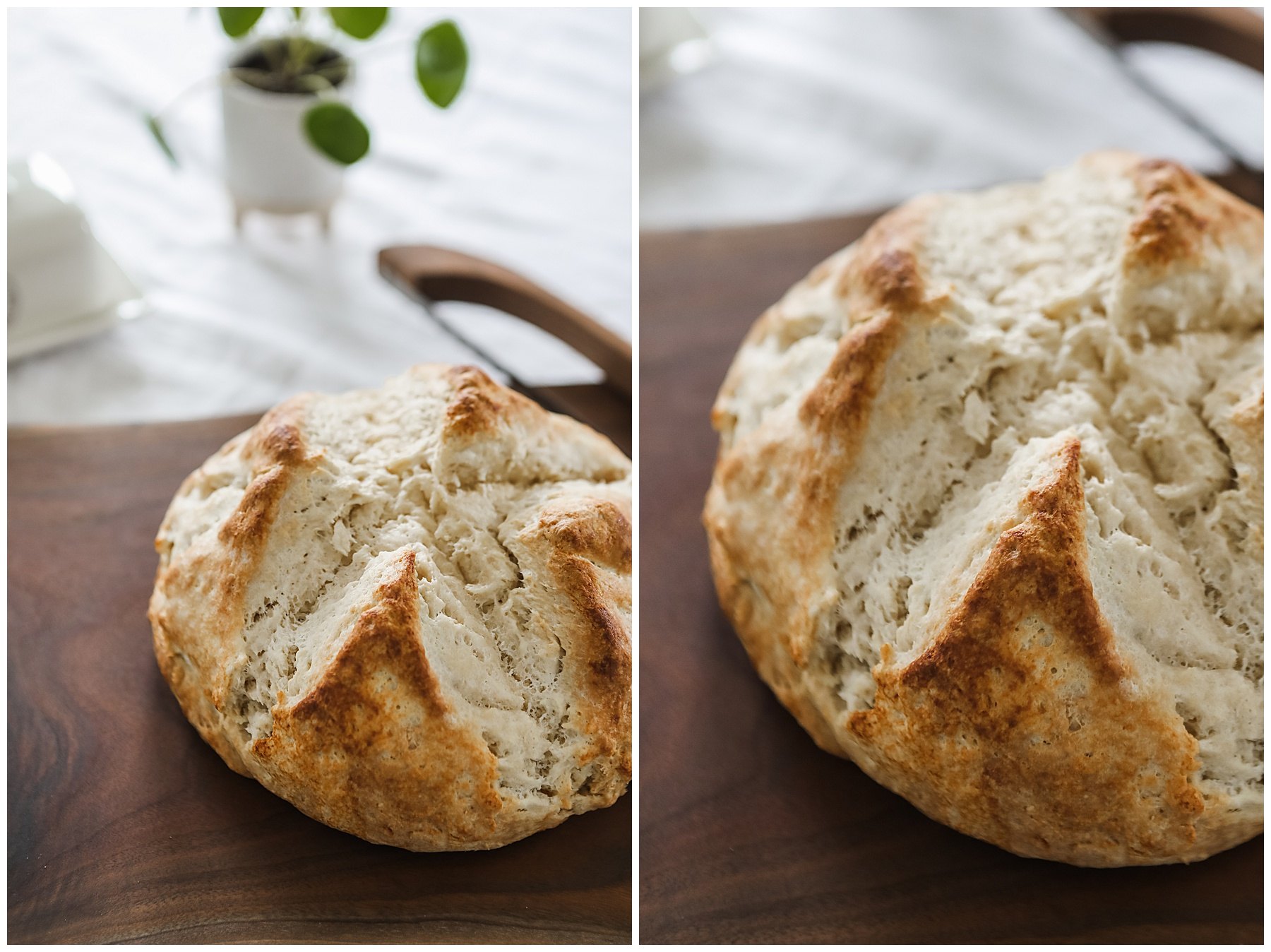 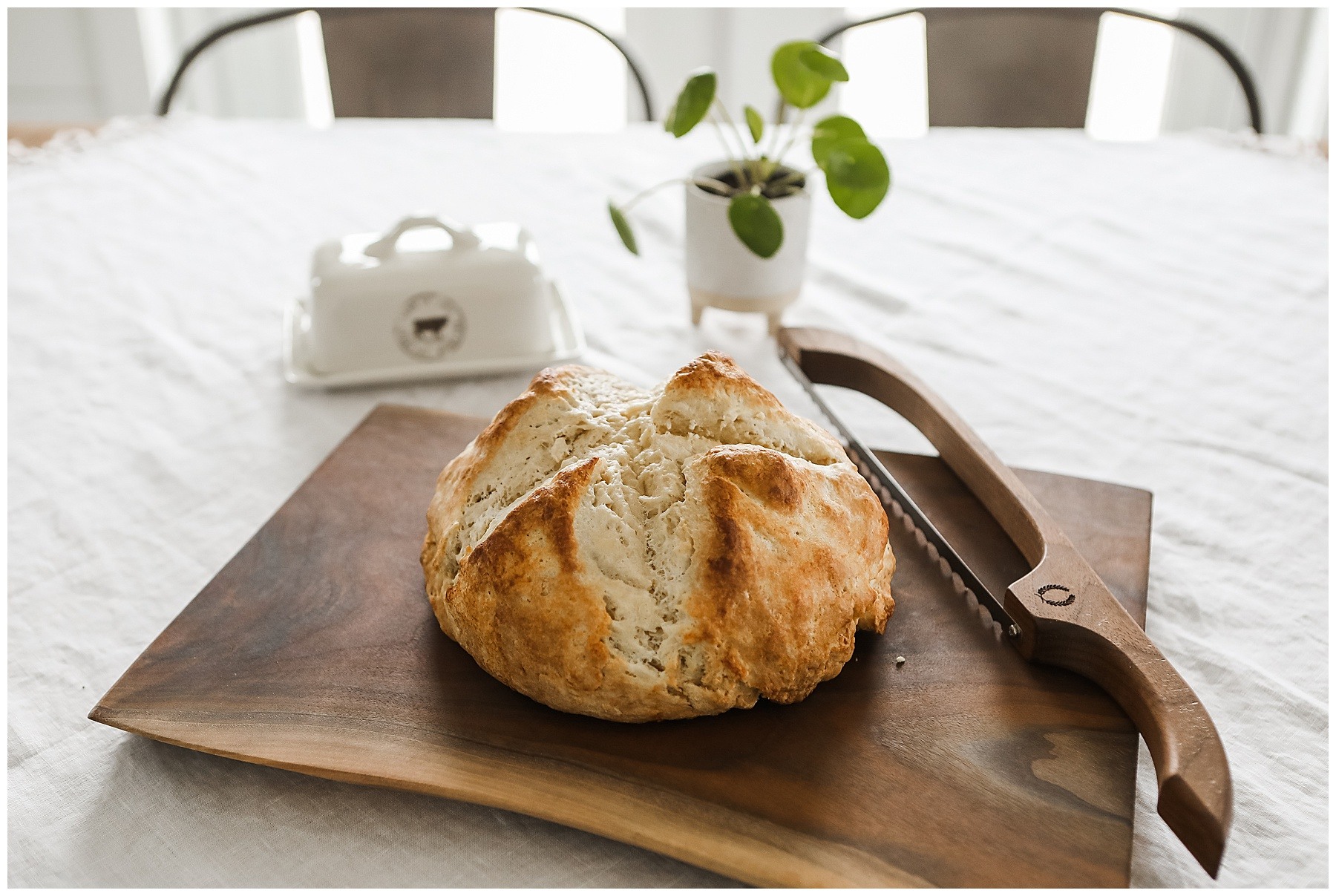 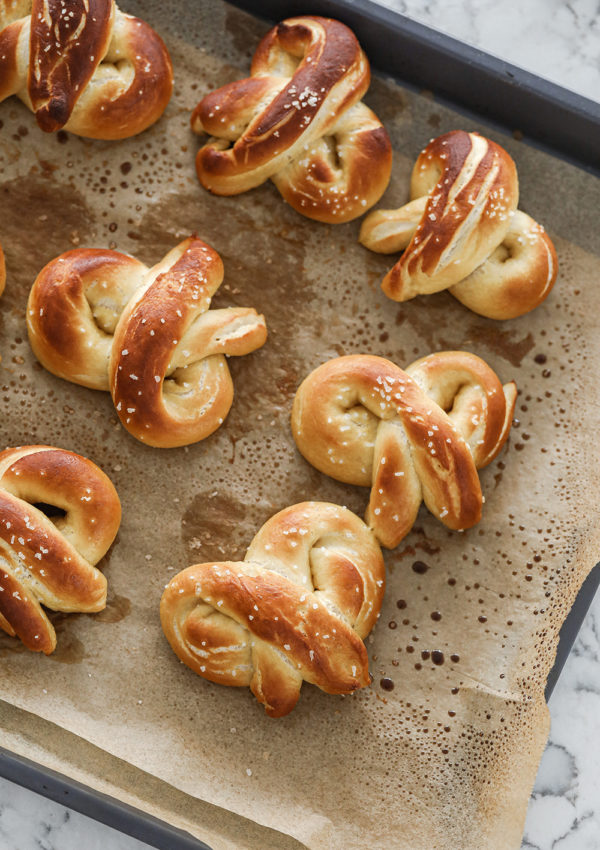 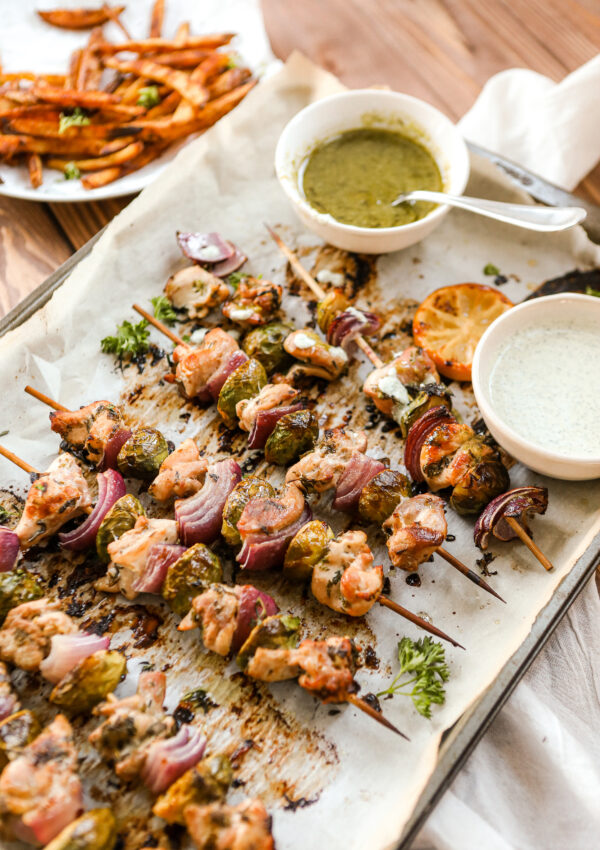 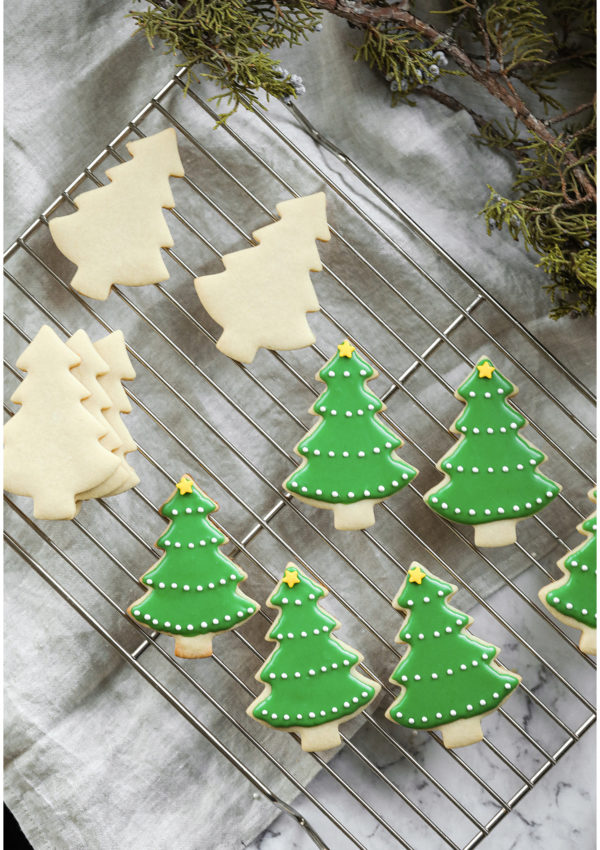 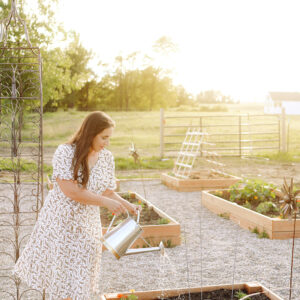 How to plan a garden 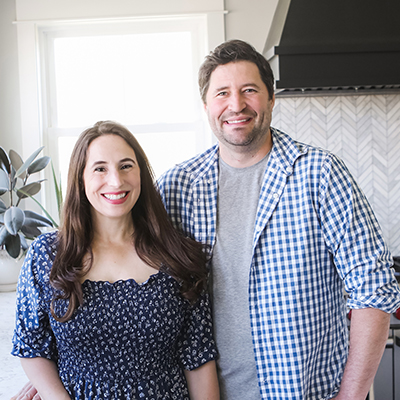 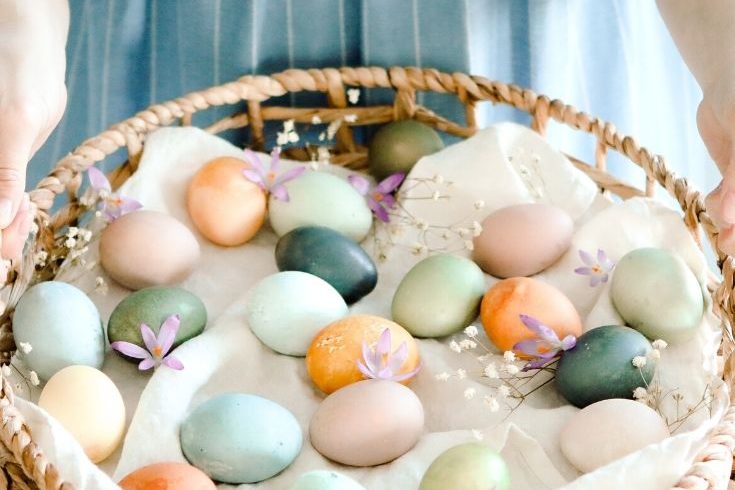